This guest post, submitted by LINX, was written by Nancy Gair, Early Childhood Specialist at Wellesley Treehouse. It is especially timely on the heels of our recent presenter, Dr. Rao, who spoke about his book, The Way of Boys. Also, this time of year, shopping for toys and winter clothing, I have been especially struck by the gender differences that are seemingly forced upon children by toy and clothing companies. My almost two year old son loves cats but I am hard pressed to find anything he can wear with kitties on it that is not pink! We thank LINX for this enlightening read and for the book recommendations.

Sugar and Spice… and Puppy Dogs’ Tails?
We can’t deny that pink vs. blue is all around us when choosing newborn and infant clothing; nor that young boys’ clothing tends to be rugged and is notably absent of ruffles, bows and polka dots.  They are typically decorated with diggers, trucks, dinosaurs, fire engines, rockets, planets and lizards. It is also true that one can find baby girls’ clothing with similar decorations: skull & crossbones, or all black onesies with cuffed jeans; certainly more than one could 10 years ago.  But for the most part, from the day they are born, we identify our Johns and Janes very differently. 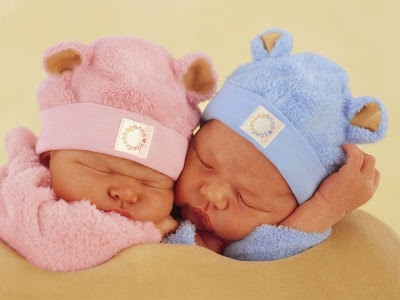 It’s not that I have a problem with the clothing.  But how many times do you hear someone say, “Oh, he’s a typical boy!”?  I don’t know about you, but I hear or read that phrase far more frequently than “she’s a typical girl”.  For some reason, we don’t like saying that phrase as often. People are more likely to get up in arms hearing such a thing about girls.  How dare you imply that because I like to put a bow in my baby’s hair and enjoy dressing her in outfits with adorable ruffles on the butt and ribbons on her socks, that she will be “typical” in any way as a woman in the world??
But “he’s a typical boy” is frequently said, even by the child’s own parents and often with great pride masquerading as exasperation at his boisterous antics or mud-covered boots and grubby face.  Personally, I had a problem with this because, as a mother of two very different boys, I could honestly say that nothing about them was “typical”, particularly if you compared one to the other.  For example, boys generally are considered to be later talkers than girls. My first son talked at nine months so I thought my second son was very slow when he wasn’t talking at 13 months, after which I took him to a speech therapist, only to be tutted at and sent home!  On the other hand, my first son didn’t walk until he was nearly a year and a half (saving me a great deal of money on shoes!), while my younger one ran and climbed quite sturdily before he was one. Neither of them have ever cared for organized sports! 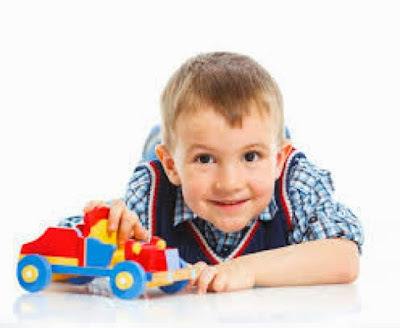 There are a lot of books out there on childrearing, each with a different focus. I find a few points from some of them helpful and relevant.  A terrific resource is Steven Biddulph’s Raising Boys – Why Boys are Different – and How to Help Them Become Happy and Well-Balanced Men.  While I still bristle a bit at the title (everybody’s different, not just boys!), it is easily read and includes both anecdotes and facts, well-backed by evidence, and useful physiological explanations for some of the differences we tend to observe between boys and girls.
Biddulph himself, however, in his division of boyhood into three stages, says of the first stage zero to six years:
Babies are babies.  Being a boy or girl is not a concern to them, and needn’t be to us either. Babies love to be cuddled, to play, to be tickled and to giggle; to explore and be swooshed around. Their personalities vary a lot.  Some are easy to handle; they can be quiet and relaxed, and sleep long hours. Others are noisy and wakeful, always wanting some action. Some are anxious and fretful, needing lots of reassurance that we are there, and that we love them.
I find the book particularly useful to help us as parents become aware of the language we use and some of the unconscious prejudices we sometimes exhibit and unhelpful behavior we might model.
Some of these behaviors are usefully illustrated in another resource, The Everything Toddler Book by Linda Sonna.   Sonna quotes studies which show that adults are more likely to use baby talk – using words like “doggy” and “dolly” – far more frequently with girls than with boys.  Another example describes adults who are shown a videotape of a child reacting to a jack-in-the-box.  When told the child is a girl, they describe the child’s reaction as “fearful”; when told it’s a boy, they describe the same reaction as “angry”.  Research also reveals that parents smile and praise year-old boys more than year-old girls when they build towers of blocks and zoom cars across the floor, and are more discouraging of boys than of girls when they in some way “cross the gender line in their choice of play activities”, for instance when boys play dress up or play with dolls. 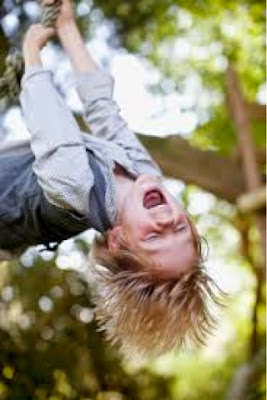 And of course, if the child is exposed to television advertising or spends any time in big toy shops, it’s pretty clear who’s supposed to want Hot Wheels and My Little Pony!  An excerpt from that same book is worth keeping in mind:
A few differences seem to be innate. Toddler boys tend to be more active and fussier than girls.  Although boys don’t actually cry more, their sleep tends to be more disturbed.  As a group, girls’ language skills develop faster than boys’. Girls also develop bladder and bowel control a few months earlier.
Of course, these are tendencies and group averages. The differences vanish when individual children are considered.  There are lots of calm, moderate-energy boys who sleep soundly and are potty trained at an early age.  Lots of active, fussy little female insomniacs reach their fourth or fifth birthday before they make it through the night without wetting the bed.  Most differences are due to how boys and girls are raised.
Regardless of gender or culture, books and studies agree: all babies thrive on cuddling, structure and activity appropriate to their age and stage. All babies need us to love our children as they are and not as we imagine they should be, nor as our society expects they ought to be.
Useful Resources:
Biddulph, Steve. Raising Boys. (1998). Celestial Arts.
Lipman, Blythe. Help! My Toddler Came Without Instructions. (2013). Viva Editions.
Segal, Marilyn. Your Child At Play: Two to Three Years – 2nd ed. (1998). Newmarket Press.
Sonna, Linda. The Everything Toddler Book. (2002). Adams Media.

About the Author:
Nancy Gair grew up in Arlington MA and went to BB&N (a “lifer”!). After graduating from Yale in 1981, she went to drama school in London, England where she then lived for the next 26 years. Following the births of her sons, she was inspired to train with the National Childbirth Trust as a childbirth educator, qualifying in 2004, and had the pleasure of teaching couples in her own home while her young boys sneaked downstairs to pilfer the refreshments. Nancy and sons (now 17 & 14) relocated to the Boston area in the autumn of 2007, when she began teaching both pre- and post-natal classes for Isis Parenting, subsequently also obtaining her CAPPA certification. She enjoys watching her boys follow in their parents’ theatrical footsteps, and keeps up her own endeavors with cabaret performances & individual acting coaching for young adults.